Retrospective on a layoff 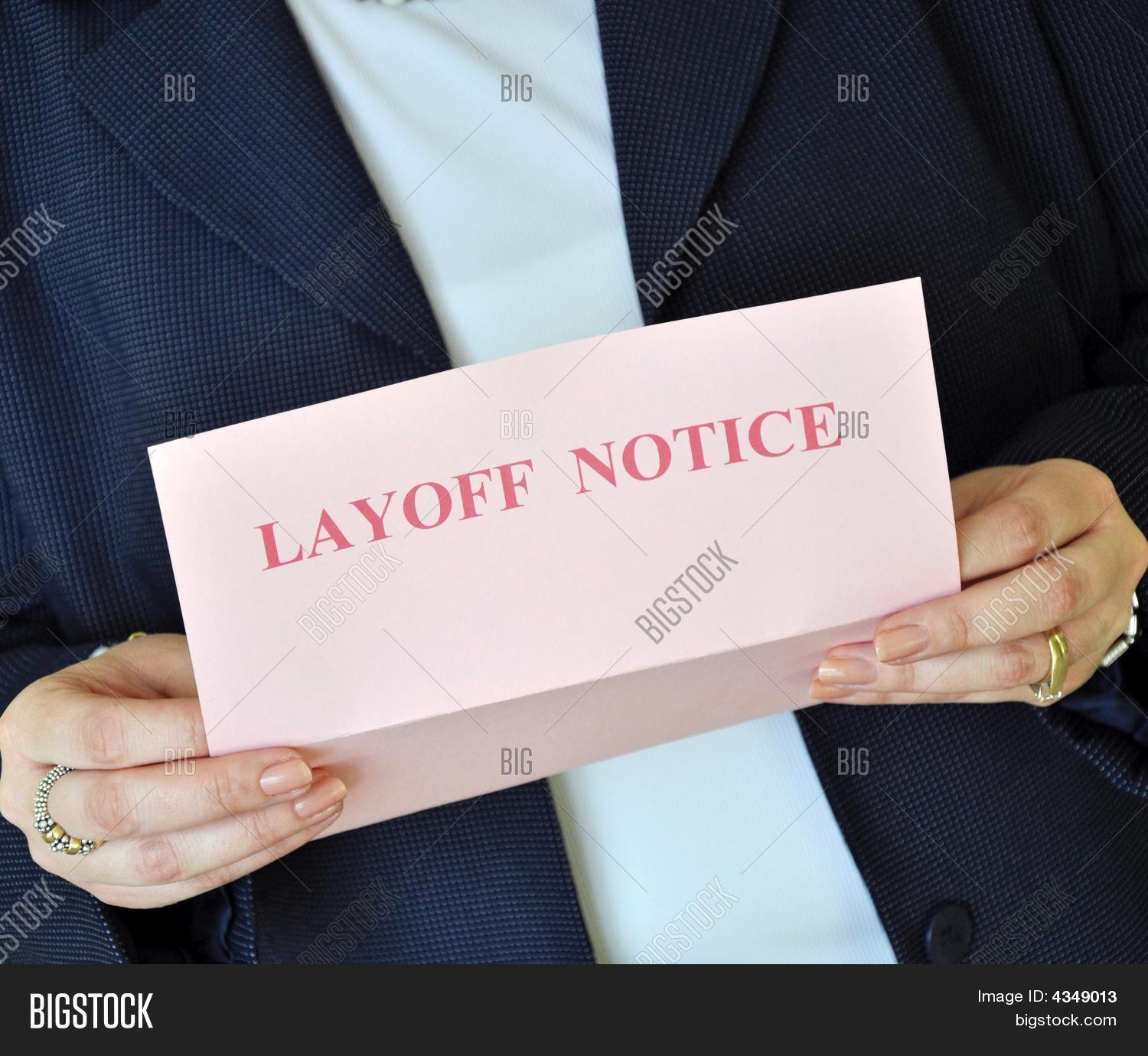 Retrospective on a layoff

This past February, I was officially laid off for the first time in my career. While I recognize that I’m fortunate to have only been laid off once (at least so far) in 13 years, it was a new experience that I don’t know if I was prepared for. While I know that everyone processes things differently, this is how I got through it, peppered in with the benefit of hindsight.

2020 was rough for everybody, and while it wasn’t the worst affected, the oil and gas sector was hit very hard. According to a CNN article (https://www.cnn.com/2020/10/08/business/oil-gas-jobs/index.html), 107,000 jobs were lost from the sector between March and August 2020. In April, negative oil prices made everyone very uneasy about what might be ahead. Many projects were deferred or cancelled, including projects that had initially been extremely high priority for the corporation, and incredibly large investments. In April, it was communicated that some colleagues in Europe would be let go. In the summer, a higher percentage than in the past were let go through the rating and ranking process. In September, a voluntary redundancy program was announced for Australia.

On October 15th every company within the corporation had a 9am meeting called. It was announced that, for the first time in 35 years, there would be a layoff program, including about 30% of the company I was in. There was a voluntary portion of the program for those near retirement age, and they would cut people involuntarily to get the numbers they needed.

While the decisions were made at a much higher level in the organization, and with almost no feedback from people who worked with me and my coworkers, lists were distributed to communicators on December 1st, and were to be communicated by the 15th. I was working at home on the 1st. My wife was as well. She had a meeting pop up on her calendar for noon that day. She learned that she was being involuntarily separated, corporate speak for getting laid off. Well, shit.

My meeting was the 3rd, but there were some in my department that learned on the 2nd. The tension in the office was palpable. I got an email from a friend early indicating that he was laid off. One coworker came by and told me his bad news later in the day. When we did see the supervisors, you could tell that they were clearly upset and tired of giving out such bad news all day long. I really don’t blame them. They had no input to the decision, and a lot of really good people got let go, so I felt for them.

On Wednesday, I got into the office like I usually did. I went to go check on my boss, since I knew he had a bad day. I was already nervous, since my meeting was scheduled for 2 that afternoon. It had come up with a different supervisor the day before that my wife didn’t make the cut, so somewhat mercifully, he called my department head in (if someone was getting let go, there need to be two supervisors present, probably for legal reasons. My boss clearly was not in a happy mood. My department head was in tears. I was told the news, told to take my computer home, and that they would pack up my office for me later, and he would call about transitioning my work.

Stage 2: Coming to grips with it.

Going into the program, I really had no idea whether or not I’d make the cut. I was a technical lead, I thought that might work in my favor. But the group I was being evaluated against was a very competent and therefore competitive group. Some days I’d be confident that I’d make it, others I was much less sure. I tried to tease an answer out of my boss, but he didn’t give any inside information, understandably.

Leaving my boss’s office, and giving my department manager a hug, I had really mixed feelings. Surprise wasn’t among them. I was disappointed not to have made the cut. I was relieved that I was afforded garden leave so that I wouldn’t have to keep working (unlike my wife and a few of my friends). I was a little upset that both my wife and I were let go, but at least happy to have an answer, even if it wasn’t the one that I thought I wanted at the time.

I took the rest of the day to not really worry about anything. I texted and conversed over LinkedIn with a number of coworkers, figuring out who made it and who didn’t. It felt really random who was let go and who wasn’t, which groups got completely gutted, and how everything was going to be there going forward. However, by the end of the day, I mostly felt okay, surprisingly.

Thankfully, a couple weeks before this, I had spent good money and hired someone to rewrite my resume for me. While I didn’t know if I’d end up laid off or not, the future was certainly not looking nearly as stable as it had been a couple years prior. He got back to me with results that weekend, and then it was time to turn the job search and some skill development into my job. I decided to apply for at least a couple positions per day. I would do at least one lesson on CodeAcademy per day. With both of us getting laid off, that loosened our geographic constraints, which proved to make things easier.

I was thankful that I knew what type of positions I wanted, and a few that I was willing to branch out to. I would take a few flyers on jobs that I didn’t think I was overly qualified for, but sounded cool. I became more active on LinkedIn, and received generally positive response from the content I posted. My connections and profile views grew, not that it necessarily helps land a new position.

Stage 4: Grind it out

Initially, it felt very slow going, although in hindsight, my expectations were likely too high. I got a couple of initial screening calls very quickly from folks who sounded at least somewhat interested, but didn’t have positions posted at the time, as December isn’t the ideal time to be on the job market. I kept applying. I got some rejections. I got a few more rejections. Got advice with varying degrees of helpfulness, from the very good to the tone deaf.

Eventually, I started getting some more screening calls. I had one series of interviews a couple weeks after I learned the news. I had another interview that got scheduled early in the new year. Shortly after the new year, I got another series of interviews. Eventually, I slowed my pace down to only requiring one application per day. I feel like I applied to almost every project controls or cost engineering position that I saw.

The first interview that I had, thankfully, turned into an offer just before Christmas. They initially wanted a response within a week, but I wanted to see what else was out there, so I negotiated the deadline out to the middle of January, and didn’t feel comfortable negotiating another extension. A few interesting companies presented opportunities, but I was sticking to the initial deadline, and understandably, many couldn’t move quickly enough to get through them.

I ended up with three interviews. The one in December, one in early January, and one the week before my response from the initial one was due. That company that was last to come up was able to move quickly and get me an offer, probably because of how small they were. The owner and founder of the company called me to give me the offer. The day before my deadline, the conversation I had in early January turned into an offer, as well.

This was good and bad. It was incredibly validating to feel wanted by so many companies for my technical abilities. I do think I would have been happy at any of those positions, but for various reasons, I ended up going with the first offer I received. I didn’t feel great telling the other two, but I did the right thing, and called to tell them.

What did I learn from all this?

I learned a lot over the 2 months of pseudo-unemployment.

First, and I would say most importantly, , don’t let your resume fall as out of date as I did. I hadn’t touched my resume in any real way for 14 years since I initially accepted my job out of college. While I had very good experience and abilities, my resume did a poor job communicating it. Ideally, you haven’t let your resume fall into disrepair, but if you have, consider hiring a resume writer.

Just because you lost your job doesn’t mean you are a bad person or bad employee. While my former company has a lot of incredibly talented people, markets had changed, and they didn’t need as many people. While a lot of talent stayed, a ton of talent either retired as part of the voluntary part of the program, or was shown the door as a layoff. Don’t take it personal. It almost certainly isn’t.

Know yourself. I’ve said this in some other posts and many comments, but it’s important. Know what you need for yourself, both financially and otherwise. Know what roles you are willing to do, what roles you would be good at, and what you want to do. Conversely, know what you don’t want to do. You might get approached by someone with an offer ready to go, but if it isn’t something you think you would enjoy doing, don’t be afraid to say no.

Don’t panic. I have three young children, two dogs, and two cats. That’s a lot of mouths for my wife and I to feed and take care of. It’s very tempting to freak out and think that you need to work quickly, apply for every job out there, and have something lined up right this second. That probably isn’t always the case. Texas requires 60 days notice of layoff, and my management was gracious enough to give me leave and not require me to work. But even if they hadn’t, there was severance as well. You probably have more time than you think, but even if you don’t, spreading yourself too thin and applying for everything under the sun will leave you mentally worn out, discouraged from either rejections or no responses, and you won’t be able to present your best self when you do get an interview. Be deliberate, be aware of your constraints and what you want, and don’t panic apply to everything.

Networks are important, but they aren’t everything. I agree with the people on LinkedIn and elsewhere that encourage using your network to find positions, and I did that, you shouldn’t be afraid of applying for somewhere that you don’t know anyone and may not have heard of. Two of the three offers presented to me were from companies that I hadn’t heard of. The third company, I didn’t know anyone who worked there. I’m sure this is not the case for a majority of applicants, but I doubt I’m the only one, either.

It’s scary losing your job, especially in the middle of a pandemic and a flooded market. I know that a lot of people face unemployment for a long time, and I recognize that I was fortunate to end up with an opportunity available to me so that I wasn’t officially unemployed. I also recognize that what worked for me might not work for you, I’m only telling you what worked for me.

Keep going, know what you want, and keep working at it. You’ll find something.